We’ve written extensively about locally-inspired superheroes. From the OG himself: Captain V, to the (in)famous VR Man, and to our personal passion project Crimson Star, the landscape of Singapore has been fertile ground for the imagination of many creators.

Joining this still small, but sure to grow, pantheon of superheroes is Sacred Guardian Singa! An ambitious tokusatsu-inspired take on the Singapore superhero, Singa will feature localised henshin (morphin’) action that promises to kickstart a new generation of fans.

And as with all great superhero stories, there must lie a secret origin behind their creation that may be more incredible than the heroes themselves!

A Lion by Any Other Name… 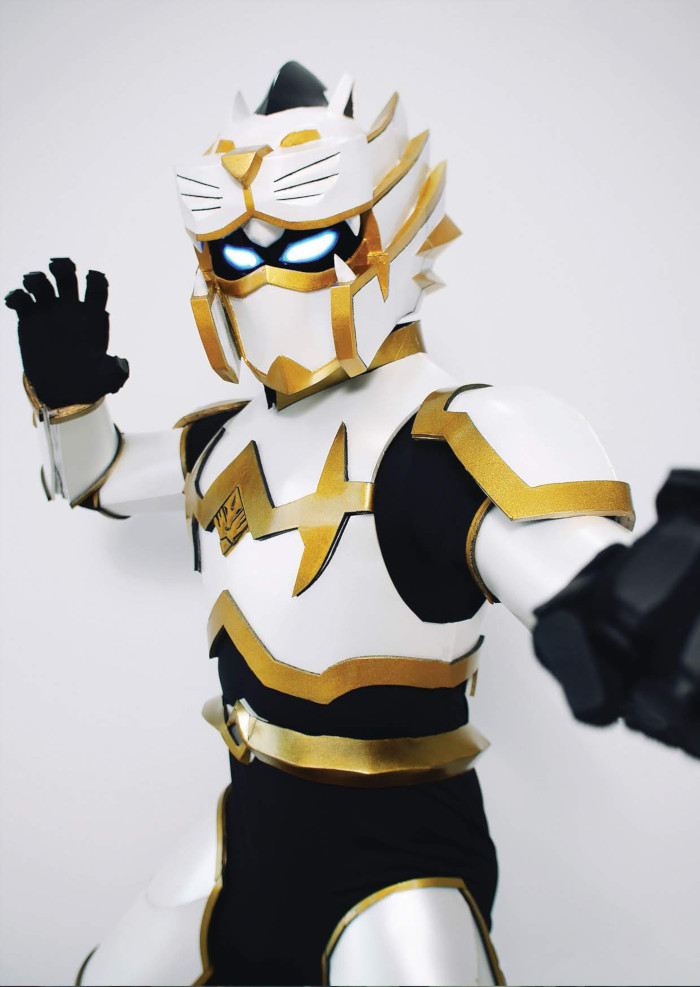 It’s common for projects to go through multiple names over the process of development. As progress knocks your idea into a better shape, the identity of the concept becomes clearer.

With Sacred Guardian Singa, the concept began as Project Leo. Planned as a series of 3 to 4-minute webisodes, these would be consumed individually or as a short film. But this concept was ultimately dropped for the more traditional tokusatsu-styled format known and loved by millions of fans worldwide.

Nevertheless, the original concept had already been developed a fair bit. Drawing inspiration from Garo and Lion Maru G, the character’s look was closer to the black and bronze look of the GaoLeon mecha of Gaoranger (better known to some as the Black Lion Wildzord from Power Rangers Wildforce).

Today, Singa’s look and concept has been refined having been passed through the hands of multiple talented local artists and designers. The team’s more current inspirations include Kamen Rider Kuuga and Kamen Rider Agito, with some character inspiration for the protagonist from Ultraman Dyna’s Shin Asuka.

While much has evolved over their creative journey, Sacred Guardian Singa remains the defending lion of Singapore!

An Entire Sentai-Sized Team of Talents! 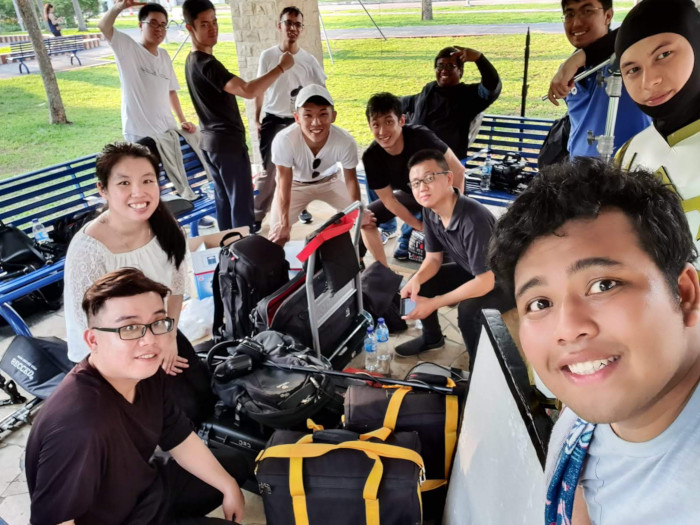 Much like how the best of the sentai (Power Rangers) action occurs only when the team comes together, Sacred Guardian Singa is the result of many people coming together over the years to bring it to where it is now.

Initially a council of nine back in 2006, only two of the original members remain in the development crew today. Driven by their dream to make the then-named Project Leo a reality, Meng Yeow and Basil dove into film-making. Keeping their love for the project alive by continuing to write stories and filming simple scenes, their belief that their hero awaited realisation remained steadfast.

The duo eventually found more support with the inclusion of Aydeel which resulted not only in a fresh direction for the concept, but also the birth of their own production company: tokuAsia Pictures.

Since then, the group has expanded to include more true believers, with the trinity of creators now confident of taking on a project of such scale. 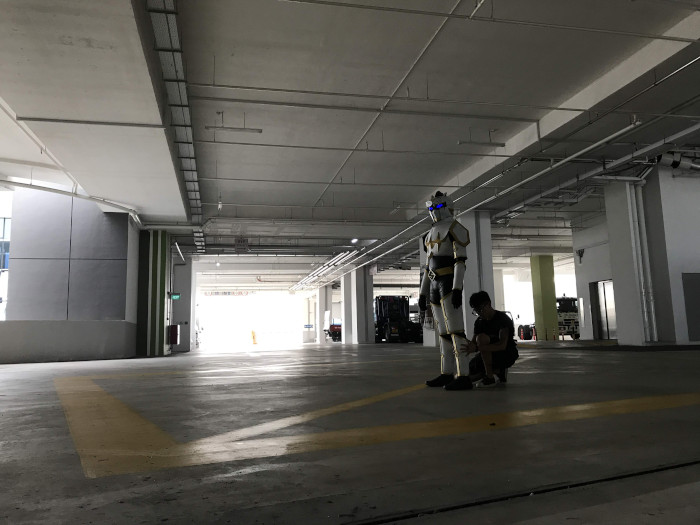 The challenge of creating an all-Singaporean product is real. While many creators have come to the battlefront that is realising their dreams with noble intentions, more often than not many are turned away disappointed.

The team behind Sacred Guardian Singa, however, managed to keep things local with not only their cast (where necessary) and crew, but also the geniuses behind the gear.

Made real and possible by the people of Edentechsg, Singa’s armour is blessed with the might of Singaporean talents! Well, no, not really–but it’s definitely a representation of what Singaporeans can do when given the right inspiration and opportunity.

Edentechsg also had to work on making the suit’s design as realistically wearable as the actor, Kasimir Poh, would be the actual dude who’d be in the costume. 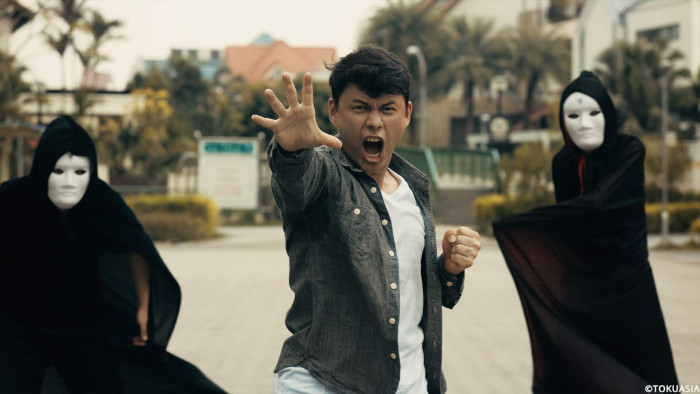 Now, this might not seem like a big deal to many ‘cause, well, clearly Robert Downey Jr. wears that red and gold suit of armour all the time while fighting all of them Russians, and robots, and purple dudes! But the truth is, in most tokusatsu action sequences, the person doing all that cool stuff is a suit actor–essentially a stunt person.

Sacred Guardian Singa will be boldly going where most other actors don’t by actually having their star dishing out that sacred punishment! (Most of the time, anyway.) 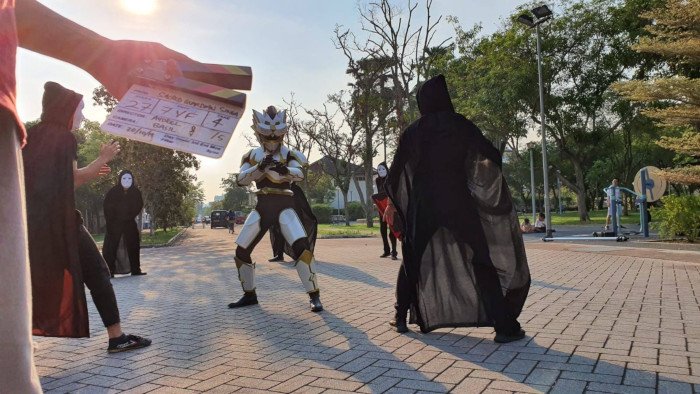 The 7th of December at the Singapore Comic Con (SGCC)!

But only for those who decide to drop by the convention. Team Singa will not only be present at booth C8, they’ll also be delivering a talk about the Sacred Guardian Singa journey at the Creative Space on Saturday from 12:30 to 1:30pm. 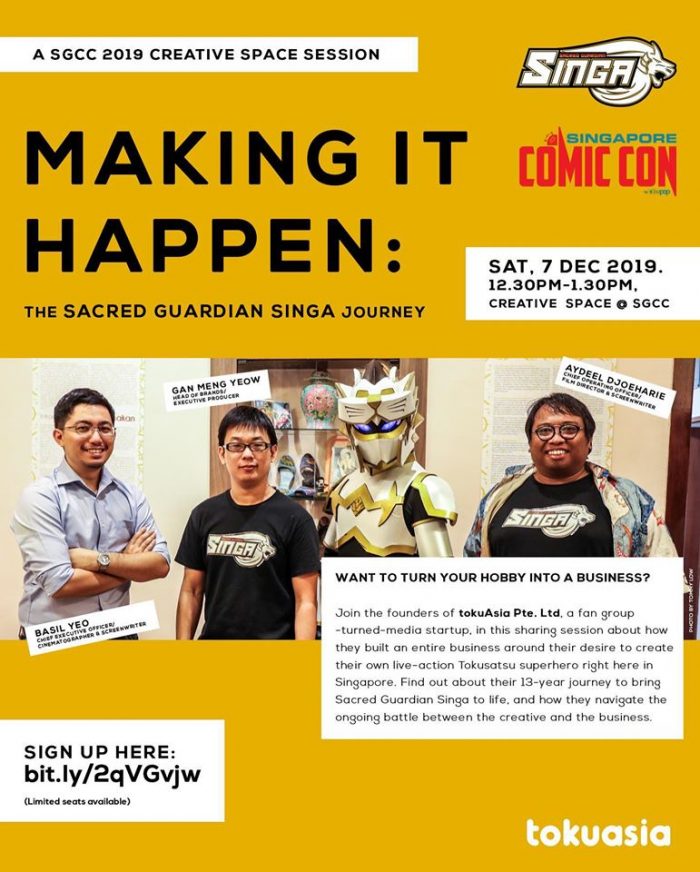 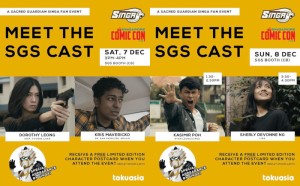 Following that, you can catch actors Dorothy Leong and Kris Mavericko from 3 to 4pm. And if you’re hoping to meet the man in the suit himself, Kasimir Poh, come by on Sunday from 1:30 to 2:30pm, or at 3:30 to 4:30pm to catch Sherly Ng.

And if that doesn’t have you already wanting to head down to SGCC to check out Sacred Guardian Singa, be warned that the public release of their trailer will only be in January 2020, pending the inclusion of one more secret scene.

The League of Extraordinary Guardians! 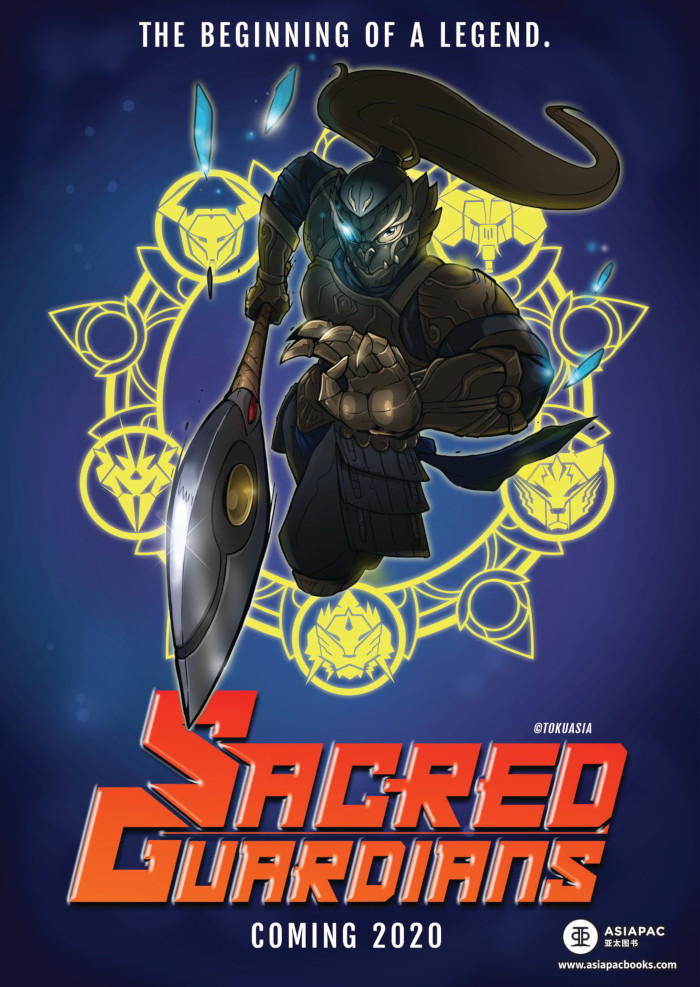 Being at a comic convention must mean having a comic, right? Not in this case, but as the fates would have it, the director and one of the creative forces behind Singa has written a prequel graphic novel!

Set for a June 2020 release, the comic will be produced by comic book publishing veterans Asiapac books! Aydeel’s script will be illustrated by local artist Alban Bay (smallguydoodle) and will be the first ever comic book appearance of the Sacred Guardians.

Exploring the ‘Sacred Guardian’ title, the comic will take a look at the heroes of the past who have assumed the mantle. Bonding with sacred animal spirits to defend the mortal realm, readers will be introduced to four other Sacred Guardians from Southeast Asia.

As the official synopsis puts it:

Set over a thousand years ago in the heart of maritime Southeast Asia, Sacred Guardians is the story of Dev, a powerful being from the realm of A’zhur who lived in the port of Tumasik. Feeling the presence of evil in the region, Dev puts together a team of five brave youths, merging their souls with five Sacred Spirit Animals to become Sacred Guardians. Along with their immortal mentor, the Sacred Guardians must journey to the ancient Kingdom of Kantoli to defeat evil forces led by the vicious Demon King, before it’s too late. 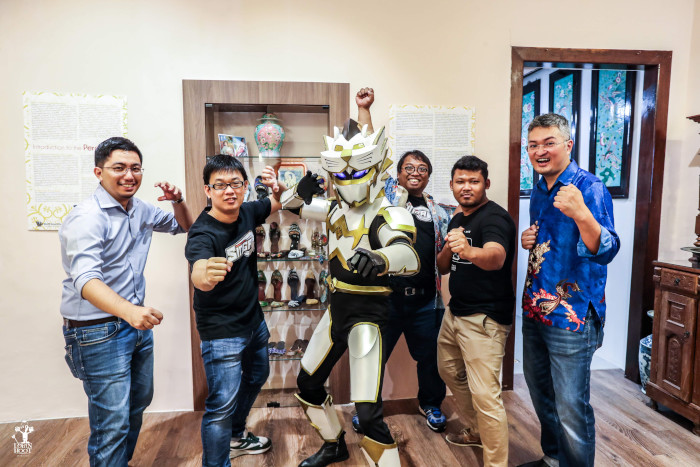 Well, no–we’re pretty sure that’s not the lyrics to the Sacred Guardian Singa theme song. But they do have a theme song recorded and completed!
But it’s not ready for release.

However, having an actual theme recorded and ready to go aside, the coolest fact is that the song will be in both English and Malay. So if there’s any need to make the current national anthem even more updated, here’s who to call!

That’s a joke. We don’t need to update the national anthem, so let’s just leave it to the eventual Sacred Guardian Singa series to blow our minds.

Ryan Mennen has been said to put the 'fan' in 'fanatic.' It has also been said that only he has said that. With experience in film, TV, comics, and theatre, Ryan's true passion lies in creating homegrown content for a global audience. Having grown up on a specialist­ recommended diet of pop culture and fried meats, Ryan is on a crusade to spread the love of original superheroes in Singapore! Unfortunately, said crusade has been a little slow due to him not finding a steed that can bear his weight. You can blame the fried meats for that. View all posts by Ryan Mennen